With purple lights running down the velvet curtains behind the band, Michael Winograd and The Honorable Mentshn, opened to an intimate crowd at The Parlor Room in Northampton last Wednesday. It took only seconds for the room to burst open with the lively rhythm and brassy trills of a genre based in tradition and innovation.

Winograd, the renowned klezmer clarinetist and composer, was touring work from his latest album, “Kosher Style,” released this June. Joining him on stage were Daniel Blacksburg on the trumpet, Carmen Staaf on the piano, Jordan Sand on the bass and David Licht on the drums, all of whom also play on the record.

Winograd is at the forefront of a core group of current musicians committed to klezmer music, a genre of primarily instrumental eastern European Jewish folk music that has evolved and picked up new influences through centuries of history.

Historically, klezmer careerists held respectable positions playing in bands on occasions such as weddings, spurring the preeminence of dance songs in the tradition. It was largely the wave of Jewish immigrants fleeing the pogroms of Russia at the turn of the 20th century that established klezmer in the United States.

The scene swelled in New York, gleaning influences from Yiddish theater, brass bands and popular music, before its listenership dwindled for about 20 years, starting in the mid-1950s.

Despite the fall in popularity, Winograd appreciates the 1950s style that fostered a grand sampling of klezmer album releases, and attempts to go back to that era in his experiment of “Kosher Style.”

“I really just wanted to jump back in that time,” he said in a phone interview. It’s a feat he admits is technically impossible but conceivable through the imaginative possibilities of composition.

The 1950s influence is clear on the album, which has a grand quality and is full of brass instrumentation and quick melodies.

However, “Kosher Style” is not only an album of the past — it invokes much of the present in its revivalism. After years of lying low, klezmer was brought back on the map in the 1970s by the ferocious dedication of a Jewish American generation determined not to lose the genre. With many older klezmer recordings destroyed during the World Wars, musicians reproduced old albums and transcribed music, setting a foundation that would carry klezmer into the 21st century. In the 1980s and 1990s, musicians experimented with the genre at new heights and established a solid klezmer scene in New York once again.

Winograd entered the klezmer scene at this same period in the 90s. He started playing klezmer at KlezKamp, where he learned from older klezmer musicians of the 40s and 50s, and which proved to be greatly formative in his understanding of older klezmer tradition.

Saxophone was actually Winograd’s first instrument, but he switched to the clarinet on a whim when the renowned clarinetist David Krakauer told him to try it out at a klezmer workshop. After the workshop, he bought his friend’s childhood clarinet for around $5, he recalls. Winograd speaks now of the era of learning with affection: “I was the perfect age for it, to be taking in everything that was going on and absorbing it. It was a pretty great time for music.”

As he ventured into making his own album, Winograd feels “it’s about inspiration, but it’s also about when you have the time to get it done.”

Finding the time seems an almost insurmountable hindrance for Winograd, considering the work he does arranging and producing music, helping lead some major workshops and festivals and simply making a living as a musician in New York.

Winograd found a pocket of free time when a trip for a music project fell through unexpectedly several years ago.

He wrote over half of “Kosher Style” in those two weeks, then patched the rest together in the following months. In another serendipitous turn, five spots at the Brooklyn venue Barbes opened up in the spring of 2017, allowing Winograd to workshop his pieces at shows. He found another two weeks in the fall of 2017 to finalize the album at a family home in Connecticut. Finally, in November, he got the band together to rehearse their parts for four days and then recorded the album in just three.

In Northampton, Winograd and his band played a range of songs off of “Kosher Style,” as well as a few covers, including songs by the Epstein brothers, Sam Musiker and Dave Tarras. Audience members hopped to their feet at the first song, linking arms and filling the room for “Bar Mitzvah Bulgar.”

Many pieces on “Kosher Style,” are dance songs with quick tempos, and the band would skip into them with a disarming casualness. After a short thread of stage banter, Winograd would start a riff, and suddenly the musicians would meet him there at an impeccable tempo. Song after song featured runs, trills, various solos and Winograd running up and down the full range of his clarinet at breakneck speed, barely breaking a sweat.

With the community of klezmer musicians that has gathered in New York, has there been a resurgence in the genre? Both yes and no. A Herculean effort of a small but dedicated cohort holds the scene together. In one sense, klezmer has seen success, as musicians have carved out spaces and communities for the genre to develop musically and reach audiences.

Notably, klezmer is still able to draw in young people who are interested in playing the music itself without being conscious of it as a revivalist effort.

But the fragile state of klezmer is also clear, particularly in seeing how much rides on the musicians themselves.

“You get a scene of just highly developed, very worldly people, because they have to take on so much responsibility just to make music.”

Last week at the concert, I was struck by a multidimensional power in the music, which grew from a dedication to this revivalist music that maintains musical lineages of Jewish American history, as well as from the dual presence of the 1950s era and the current moment’s trends. To say that I felt I had walked into a 1950s klezmer bar wouldn’t ring true.

Rather, it felt like I was listening to some of the best 1950s-influenced klezmer of the modern age in Northampton on a Wednesday night, and I was wholly entertained. In music, the past doesn’t stay in one place. All too often, we pigeonhole art that deals with tradition as static and a chore to engage with, but it is contrarily presently compelling and always changing. With such great talent today, revivalism is as current as it ever has been and moving forward. It’s all there for us, but only if we listen. 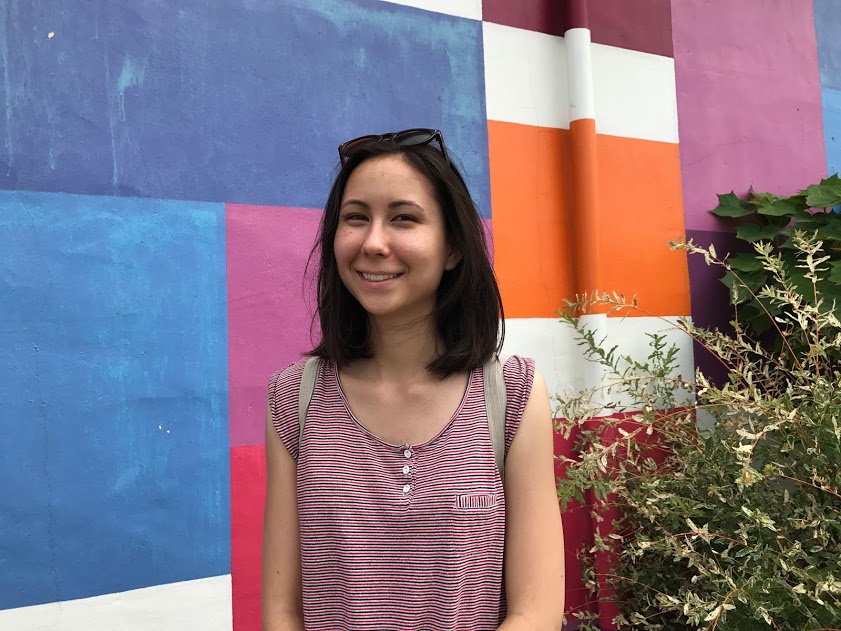