“How do you condense Wes?” pondered Associate Director of the Center for Community Engagement Zoë Jacobs, with whom Wesley P. Guimarãres dos Santos ’19 worked on two different summer projects.

“Wes is one of those people, no matter what it seems that life throws at him, he is so thoughtful and he is so committed to sticking with his values but also figuring out the way forward,” Jacobs said. “Regardless of what happens, I have no doubt that he will do something really amazing and special.” Jacobs is not the only person at Amherst excited about where life will take Guimarães.

Coming of Age in a Big City and Tiny Village
Born and raised for the first 16 years of his life in Rio de Janeiro, Brazil, Guimarães was encouraged to perform from an early age. In his childhood years, he and his friends would set up a stage outside their classroom during their lunch break, inviting people to come up and perform improv and spoken word. “That was what introduced me to the art of performing … and what really gave me a sense that this would be something I’d be interested in doing,” he said.

One of the aspects of Guimarães that most impressed me was how throughout our interview, he consistently stressed that his journey was not one he could have taken alone. He always gave credit to those that helped him along the way, especially all of his dedicated and inspiring educators and teachers. “They [his teachers] have really transformed my life; they’ve inspired me … As of a young age in Brazil, in a public school, I had very good drama professors, language teachers, people who saw in language a possibility to create art and be creative,” he said.

Along with mentioning all of the influential teachers and educators he has had, Guimarães dos Santos also made sure to express gratitude for all that his mother has done to inspire him and encourage him to grow. Raised as the only child of a single mother who never had the opportunity to go to high school, Guimarães dos Santos describes her as “the personification of everything that I’ve talked about in this conversation — resilience, dedication, big dreams, ambition, humbleness.”

At the age of 16, Guimarães took a leap of faith that would alter the course of his life. In search of change, he decided to apply to attend his last two years of high school at one of the United World Colleges (UWC). UWC has 17 schools across the globe, and Guimarães dos Santos was selected to attend UWC Adriatic, located in the northern Italian village of Duino in the state of Trieste.

Spending two years immersed in a foreign country with other students from all over the world was, according to Guimarães, “what broadened my horizons and transformed me as a person — living abroad for the first time and living with so many people from different places and different cultures and having an opportunity to go through an education that was international and global.” He enjoyed his time in the tiny village with fewer than 400 people and now considers it his second home.

Upon completing high school, he was left with an open field as to what he could do next. He debated returning to Brazil, staying in Italy or pursuing further education. At this point, Guimarães experienced what he described as a “funny intersection” in his life, a point at which his path could’ve changed drastic direction if not for coincidence or an act of chance.

During his senior year, many American colleges advertised themselves to the students at his school, but Amherst was the last school to come, and by the time they arrived Guimarães had already decided that he wanted to attend another school in the Midwest. However, the presentation given by Amherst “changed my perspective in terms of education. The open curriculum did it for me; I was very excited about the idea of being able to craft my higher education in whatever way I wanted.”

Although he had never set foot in the United States at that point, it did not deter him from attending Amherst. Rather he saw the opportunity as a “good challenge.”

Arrival at Amherst and Growth as Performer
“When I came to Amherst, I came very determined to do the obvious,” Guimarães said, “which for an international, low-income, first-generation student like me would be to study economics or computer science, find a job in finance, make the big money and change your family’s life.” However, during his first semester he experienced what he described as another “fortunate intersection” in his life when he was placed into the first-year seminar “Performance,” taught by theater and dance Professors Ron Bashford and Suzanne P. Dougan.

Bashford, who would later become Guimarães’ advisor for his acting thesis performance of “Doctor Faustus,” recalled recruiting Guimarães that first semester to act in shows because the department did not have enough actors. “That started a journey for him within the department and with acting,” Bashford said. Guimarães also remembers the first show he performed in, recalling that “all of a sudden I was acting, my face was all over campus and I hated it.”

Laughing, he elaborated, “I keep a low profile wherever I go.” But no matter how much he may have disliked the publicity, it did not keep him from continuing to explore his passion. “Then one performance led to another, one project to another,” he said. “As I started to really go in deep into theater and movement and acting, I began having these realizations that I might be able to do this at a professional level.”

During the fall semester of his junior year, Guimarães took a big leap in his acting career by studying abroad at the London Academy of Music and Dramatic Art. His program was based solely on classical works, mainly Shakespeare but also some of his contemporaries. He especially enjoyed “playing with iambic pentameter and with the Elizabethan language,” adding that “I’m from Brazil; English is not my language, and to be able engage with something that’s not my mother tongue at the level that I was — it was incredible.”

He relished the chance to spend an entire semester fully dedicated to and immersed in refining his art. The experience solidified to him his desire to pursue acting professionally. It also gave him inspiration for what would become his senior thesis.

Upon returning to Amherst in the spring, Guimarães began preparing for his acting thesis. In early discussions with Bashford, he decided that he wanted a play that could explore his newly-developed interest in Elizabethan language, ensure a large role for him and allow many other people to be involved in the creative process.

“That was something that I cared about. The idea of ensembles and communities has always been in my life,” he said. “I wanted to find a play that was big enough for a lot of people to shine and grow and develop their work.”

“Doctor Faustus” ended up being the perfect storm for Guimarães, who fell in love with Christopher Marlowe’s “muscular” style of writing, enjoyed the complexity of Faustus’ motivations as a character and saw in the show the potential to create something that would take a village.

Becoming Doctor Faustus
“I remember watching ‘Doctor Faustus’ and being blown away — it was like a complete transformation; he was Doctor Faustus,” said Suzie Rivers, who is the academic coordinator for the theater and dance department and has worked with Guimarães for three years.

However, Bashford noted that Guimarães’ transformation into the crazed academic who ends up selling his soul to the devil was not something that could happen through a simple costume change. “[Wesley] knew he wasn’t yet able to play the role when he started … so he really dedicated himself on a daily basis to the practical work needed to get himself from where he was to where needed to be,” Bashford said. “He really dedicated himself to growing [and was so successful due to] his personal determination and the insight he has into himself.”

“He’s such a sweet guy, and obviously [Faustus] is not,” Bashford added. “When you’re as caring a person as Wes is, you don’t always have access to the kind of assertiveness, the kind of selfishness that Doctor Faustus has.”

Although Guimarães played the titular role in “Doctor Faustus” and dedicated an extensive amount of time and effort to the production, he stressed that the spectacular and immersive show was only successful because of the strong team behind it. Set designers transformed Holden Theater into a 1980s East Berlin subway station. Costume designers dressed the cast members in drag for their portrayal of the seven deadly sins. Professors Eliot Shrimpton and Carine Montbertrand from the Guildhall School of Music and Drama in London were even brought in to give all of the actors a workshop on mask technique and physical acting. “I felt that [the collaboration] was the most important thing that I learned from Faustus: how to be present with other people and being completely focused and engaged in paying attention to others, playing with others,” Guimarães said.

In creating “Faustus,” he added, his goal was not only to form connections between those within the production but also to reach out and connect with those in the audience. He strongly argued against having the production performed in Kirby Theater because he wanted viewers to feel fully immersed in the spectacle. His choice led to a seating arrangement that placed audience members in a stadium view surrounding an open stage, with several entrances and exits from which actors emerged.

“What makes the theater stand out is that people pay money to go into dark spaces to watch other people be with one another,” he said. Theater can still coexist with the trend of “escaping as a society from vulnerability,” he added. Watching a play, he said, is “going into spaces to watch people tell a story that we know is not true, but we go in for the illusion that it might be, because those people on stage, they’re vulnerable and they’re open. And they’re paying attention to one another. And that’s all they do for three hours. And that’s lovely. That’s incredible.”

“Theater is the art of being vulnerable in front of others, and that’s why it never dies,” he added.

This upcoming fall he will join the new master of fine arts class at the American Conservatory Theater, one of the top acting MFA programs in the country. Guimarães is excited to take the plunge into pursuing acting professionally, noting that “I think that if you’re touching people, if you’re reaching out to them, if you’re true to what you want to do, you’d be happy. Wherever acting takes me, I’ll be happy to do it.” 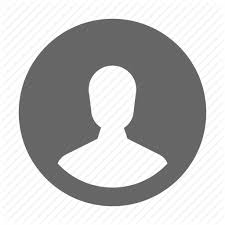