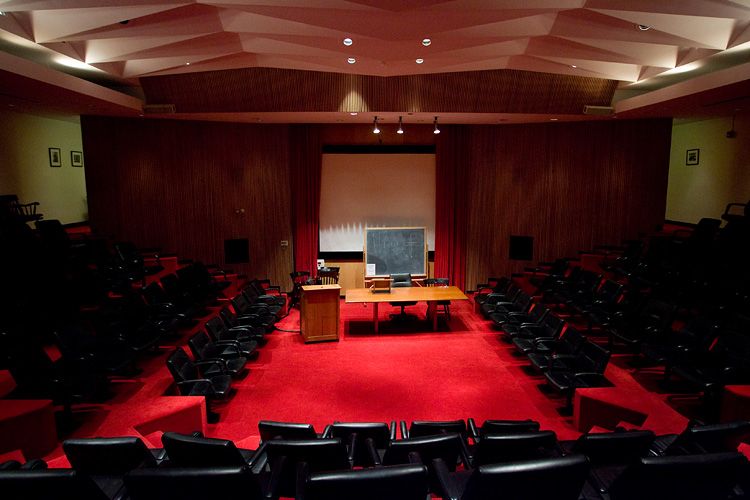 Due to Budget Deficits, AAS Faces Depletion of Funds

The Association of Amherst Students (AAS) has seen a significant depletion of its funds in recent years, due to sustained reductions in the student activities fee relative to its pre-pandemic level.

Since the beginning of the pandemic, the AAS’ rainy day fund, which holds surplus funds accrued over the years, has more than halved, falling from approximately $200,000 to just $79,000, according to AAS Treasurer Dania Hallak ’24.

To avoid extinguishing the resource completely, the AAS Budgetary Committee (BC) is considering changing several of its funding policies. Looking forward, students could see reduced caps for the number of events clubs can request funding for each semester, as well as stricter funding guidelines for Senate projects, which are sometimes funded directly from the rainy day fund as they exceed $10,000.

According to Hallak, the primary cause of the rainy day fund’s depletion has been the reduction of the student activities fee — a fee charged to each student at the beginning of every semester which is the AAS’ only source of income — since the beginning of the pandemic.

Yet, throughout the year, AAS continued to fund clubs and student organizations, Hallak said, “and everything was just coming out of AAS’ pockets.”

Last year, as students returned to campus, the college reinstated the student activities fee, but at the rate of just $230 per semester — only about 60 percent of what it had been prior to the pandemic.

“The reason [the student activities fee] was lowered was because, technically, we were still [under Covid] restrictions,” Hallak explained. “We could not fund formals, parties, etc. So the school was like, ‘You need to abide by our rules, so you’re only getting this amount of money.’”

Midway through last year, however, the college began to relax its Covid restrictions, and activities again started opening up.

“We started funding activities like it was normal,” Hallak recalled, “but the student activities fee was still low.” The result was that AAS once again had to dip into the rainy day fund to cover the semester’s costs.

This year, the student activities fee has been raised to $300 per semester, in accordance with a motion passed by the AAS last spring. Hallak noted, however, that this sum is still below the $365 per semester charged before the pandemic, and expressed worries that the fee may still not be enough to cover the AAS’ costs.

“We have also been increasing our [spending] caps to account for inflation,” Hallak said. As the student activities fee has not increased with inflation, these price cap increases — which help avoid situations in which clubs are forced to pay a portion of things like travel costs out of their own pockets — add a further strain on the overall budget.

This semester, AAS is managing $570,000, split into three pools of money: the master general fund, club budgets, and the discretionary fund.

The master general fund includes the AAS Senate fund, auditor fees, student payrolls, and also covers most of the programs which AAS pays for every year — everything from providing students with free PVTA access to supporting the Campus Activity Board and Campus Resource Centers. This semester, the master general fund has been allocated $225,000 dollars, about 39.5 percent of the total AAS budget.

AAS has allocated another $302,551, just over 53 percent of its budget, to club budgets. Hallak explained that the club budgets provide the primary source of funding for Registered Student Organizations (RSOs) that have been active on campus for three continuous semesters. “This semester, [RSOs] had a five-week period to submit club budgets,” Hallak said. “The total request was $400k.” She added that because some requests were not in accordance with AAS policies, the total allocated was slightly lower.

Hallak noted that avoiding a situation in which the AAS empties the discretionary fund and the rainy day fund is a crucial priority. Were both the rainy day fund and AAS’ income from the student activities fee totally emptied, Hallak explained that AAS would need to freeze all spending for the rest of the semester.

As a result, the BC is currently discussing several ways to avoid excessive discretionary spending. These possibilities  include reducing the cap on the number of events clubs can host per semester, as well as establishing clearer rules about the difference between events and regular club meetings, the latter of which has a much lower spending cap per person. Additionally, Hallak mentioned that AAS is planning to follow stricter guidelines when funding Senate projects this semester than in previous years.

Because the discretionary fund has a $10,000 cap on spending, projects which cost more than that sum need to be covered directly by the rainy day fund. The AAS Senate makes decisions on whether to fund these projects by direct vote, however, AAS’ budget shortage means that it may be more difficult for students to receive funding through this method than in the past.

For example, in the minutes from the AAS Senate’s Sept. 26 meeting, Senator Mollie Hartenstein ’23 raised the issue of acquiring more AAS vans for students to rent, as loosening Covid restrictions would increase student’s need for transportation services. Senator Jeffrey Ma ’24 added that at the moment AAS only had one car and one van for students to rent.

Nonetheless, Hallak recommended that, as this funding would have to come from the depleted rainy day fund, it could only be done “if [we] had extra money, which was very unlikely.” As a result, discussion of increasing the number of vans available to students has been postponed until the budgetary situation becomes clearer.

Lianbi Ji is an English and mathematics double major who wrote theses in both subjects. Her English thesis focused on the writings of the Chinese writer Lu Xun, and her math thesis studied elliptic curves. She also has a passion for education — having volunteered to teach in China, India and
The college hosted President of Moderna Stephen Hoge ’98 on Friday, April 23 as a part of the virtual Stories in STEM event series. The Cambridge-based biotechnology company has experienced tremendous growth since the pandemic began, as it has developed one of the world’s most effective vaccines against Covid-19.
The college will require all students to be fully vaccinated against Covid-19 before returning to campus for the Fall 2021 semester, the President’s Office announced on Friday, April 23. In the letter addressed to students, faculty and staff, President Biddy Martin relayed that more information will follow concerning how