In March, members of the Green Amherst Project met with members of the investment committee on the board of trustees to discuss their recent statement on sustainability. In their statement, the board articulated lofty goals that included plans to push Amherst towards “carbon neutrality,” the proposal of a green “revolving fund” and a commitment to “environmental best practices” in their investing policy. Paired with these three goals was a dismissal, though not a direct rejection, of the Green Amherst Project’s call for coal divestment.

Following the board’s statement, many of us in the Green Amherst Project were hopeful that the board’s commitment to sustainable investing might accomplish some of the same goals as those that we have been pushing for in our campaign for coal divestment. Might staying “on the forefront of environmental best practices” not include an eventual departure from fossil fuel investment? The vagueness and complete lack of a time frame in the board’s statement made many among us suspicious, but we hoped that by working together with the board we might be able to move them towards sustainable investing faster than we could by rejecting their statement out of hand.

So it was with some degree of optimism that we went into our meeting with the board of trustees in late March. We didn’t imagine that we would get them to agree to divestment — or even a good approximation of it — but we did believe they were committed to sustainability and that they would be willing to make some of the hard choices necessary to achieve it. After all, the board stated that they wish to make Amherst “an example of what sustainable policies can achieve.” It seems almost self-evident that this will require some sacrifices — if it didn’t, why wouldn’t we have done so already?

Our most recent meeting with the board was very educational. Members of the investment committee walked us through the subtleties and complexities of our endowment that we had not fully grasped until now. We are grateful that they took the time to do that. But the meeting was also very sobering. The board — specifically, its president, Cullen Murphy, and one of its financial experts, Simon Krinsky — made it extremely clear that full divestment of our entire endowment is, in their minds, entirely off the table. This was disheartening to hear, but our campaign has understood from the beginning that even without full divestment, there is still progress to be made.

What came next was far more alarming. When asked about weighing the trade-offs between investment returns and sustainability, the board members seemed confused. The idea of investing in anything that would offer suboptimal returns was completely foreign to them. They kept coming back to the notion that the board would love to make those sustainable investments that they believe will pay off in the long run. While we applaud the board’s commitment to finding investments that are both profitable and sustainable, the harsh reality is that many fossil fuel companies remain incredibly profitable, and they will remain so as long as our political and cultural institutions fail to hold them accountable. Until we have a fair price on carbon emissions, it will be difficult for schools to avoid investing in fossil fuel companies unless they are willing to accept that we don’t always need to find the maximum return on investment.

Of course, there exist investments that are both sustainable and profitable. But we would expect that Amherst, which considers itself a leader in the fields of both investment and education, would have already found these win-win investments. If they haven’t done so already, it’s difficult to take seriously their language of “responsibility” and “conviction.” The board’s recent statement on sustainability would seem to signal a willingness to go beyond the bare minimum. So why was the board so unwilling to pledge to take any action more substantial than the easy things they’ve already achieved? Why is the board like a bad boyfriend?

Because they are afraid of commitment. The board’s statement on sustainability is nothing more than a loose pledge that allows them to make only the changes they wish to make, on their own schedule, while still appearing to take seriously the student body’s call for action on climate issues. Despite stating that “it is essential that effectiveness can be evaluated, [and] that our policies are transparent,” they offered no real way for us to hold them accountable — at our meeting all they offered was that the we could “send an email once a year,” adding that “the onus is on you to hold us accountable.”

According to the best models we have, there is about five times more carbon in the ground than we can burn without irrevocably altering the earth’s climate. By continuing to support companies that profit off of fossil fuel extraction and consumption, we are encouraging behavior that will quickly doom us. It is therefore imperative that we commit ourselves to substantial and immediate action. The board’s statement deliberately avoids doing so, and from our meeting it is clear that annual conversations will not be sufficient to change their minds. The Green Amherst Project will not accept inaction, nor will we tolerate the board’s attempts to disguise the status quo as real change. We therefore call on the board to do better — if Amherst truly values sustainability, we must not only speak about our principles, but act upon them.

Staff writer Yasmin Hamilton ’24 discusses students’ difficulty of adjusting to the pre-pandemic academic expectations this semester in light of many ongoing effects of the global crisis, and argues for the maintenance of the increased academic leniency from last year.

Satire columnist Andrew Rosin ’25 pokes fun at Amherst’s prestige as it celebrates its Bicentennial through imagined interviews about the college’s role as “the nation’s most prestigious back-up school.” 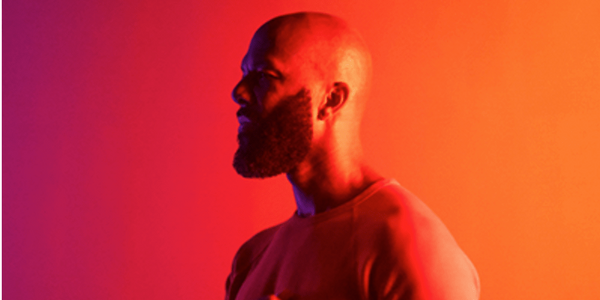