Environmental Rabbi Ellen Bernstein sat down with students to discuss the connection between faith and environmentalism on Nov. 15. The gathering was an addition to Amherst Hillel’s weekly shabbat dinner in collaboration with the Office of Religious and Spiritual Life.

With a background in ecology, Bernstein’s work as a rabbi centers on knitting together environmental issues and Judaism. She founded Keepers of the Earth, one of the first Jewish environmental organizations and recently finished writing an environmentally-focused haggadah — a Jewish text read at Passover — called “Promise of the Land.” She has previously given talks on other campuses including Brown University, Emory University and Smith College.

Students of all religious backgrounds were welcome to, and did, attend the event.

“Connecting about the climate crisis across faith traditions is among our most important work,” said Harrison Blum, the Director of Religious and Spiritual Life. “I felt like [the event] was successful in terms of drawing students out to share their ideas. I think a connection was made between the text and ideas of sustainability and environmentalism.”

Bernstein ran her hour-long lesson by drawing attention to specific passages of the Torah and asking students what they noticed. She asked students to focus on the language of the Torah to see for themselves how often ecological themes arise. Passing out stapled packets of the text, Bernstein encouraged the group of about 20 students in attendance to first listen to the words with closed eyes and then to discuss key portions of the writing.
While at first reticent, students opened up to point out ecological connections and messages they observed in the text.

“I liked that,” said Talia Land ’20, Hillel president, after the event. “I felt like I was back in Hebrew school.”

Out of the verses she read, Bernstein circled around a few central themes that appeared over and over again. The first was a biblical charge against altering nature, something that in the modern world of Monsanto and modified seeds, was clearly understood by the crowd as a message against GMOs. Regarding Genesis 1:11, which is about the creation of seeds, Bernstein said she read the message as: “everything that exists is perfect as it is; creation will continue in perpetuity without modification.”

Students also picked up on the value the words place on nature independent of humans, who, in Genesis, do not arrive on earth until the sixth day. It is a point, however, that has sprung contention among biblical scholars and environmentalist, Bernstein said. In her English translation, the verse reads, “Let them have dominion over the fish of the sea, and over the winged-creatures of the heavens, and over the cattle and the whole earth and over every creeping thing that creeps on the earth.” While some interpret the line to mean that humans should dominate the earth, Bernstein doesn’t see it that way.

Rather, she perceives the message as one of life begetting more life. “As far as I’m concerned, that’s the primary theme of Genesis 1,” she said when a student pointed out that the text suggests life exists to create more life.

For many, the evening offered an opportunity to explore an otherwise unfamiliar topic. “I’ve thought about nature in faith, but never did I put together sustainability with it,” said Julianne Ross ’23, who attended the event.

“[The talk] definitely opened my mind to the idea that the relationship between humans and the environment is older than any of us can imagine,” said Land. “It importantly set the stage for how these two entities have interacted and intertwined since the beginning of time.”

“Judaism does have a lot of holy days revolving around the environment and nature in some ways. It was a newer thought of religion and environmentalism being wholly integrated,” said Rebecca Novick ’21, a member of Hillel’s executive board and an intern in the college’s Office of Environmental Sustainability. Her interest in the two topics made her eager to bring Bernstein to campus.

And, for Novick, Bernstein offered an introduction not only to the central themes but also to the methods she used to explore them. “I’d never really done a close reading of a story of the Bible or Torah in any way like that, so that was one thing I found interesting, was how you can use a close reading like that to apply to different issues. With Genesis, it’s interesting to think about the actual translation of the words, instead of what is taught; the interpretation is what’s taught rather than the actual language.”

For Blum, this type of bridging connections is essential for establishing deeper understandings that inspire action. “I see this as a first step of starting to bring climate consciousness into a Jewish lens or into a Judeo-Christian lens, and that’s not insignificant,” he said. “I think that it was, appropriately so, a beginning of connecting a religious and climate consciousness that leaves more room to find ways of acting on it.”

“I get excited about the ways that being faithful can point a person toward caring for the climate and also the ways that caring about the climate crisis can bring a person to at least questions of faith, if not beliefs and practices of faith,” Blum added. “So whether you’re approaching it from an environmentalist or a religious framework. I think we’re at a time where they really indicate each other.”

And those inquiries remain intentionally open; Bernstein closed the evening without giving concrete closure on the questions that came out of the discussion. “The Bible is full of contradicting, different points of view,” she said. “That’s what’s really great about it.” 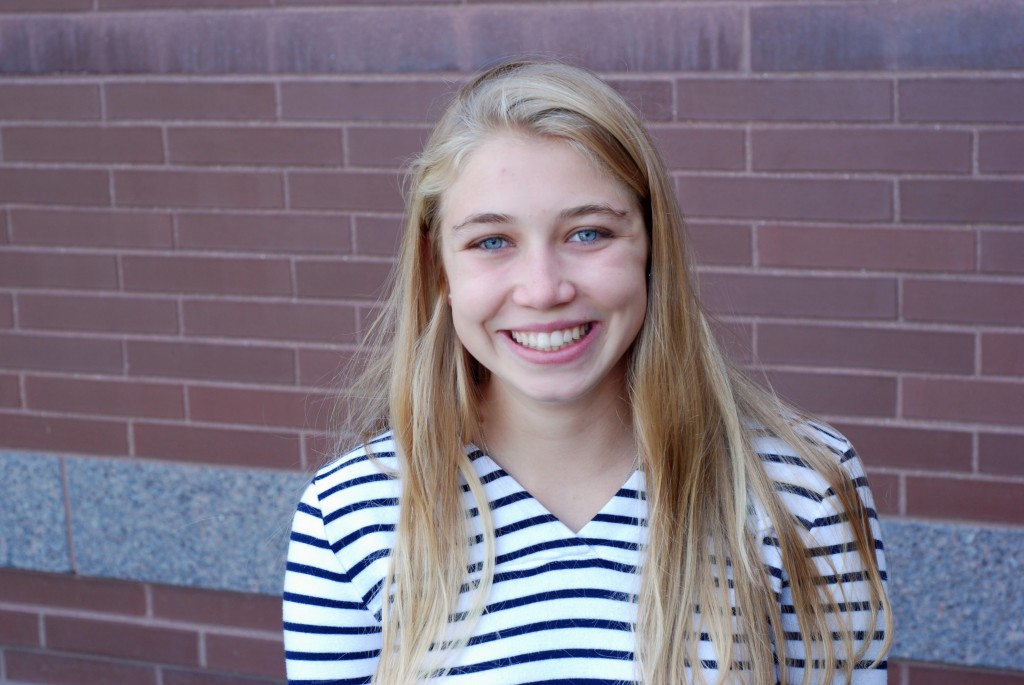