Charles Sutherby ’23E and Mason Quintero ’23 discuss the tiny percentage of Amherst graduates pursuing public service in the first of a three-part series. 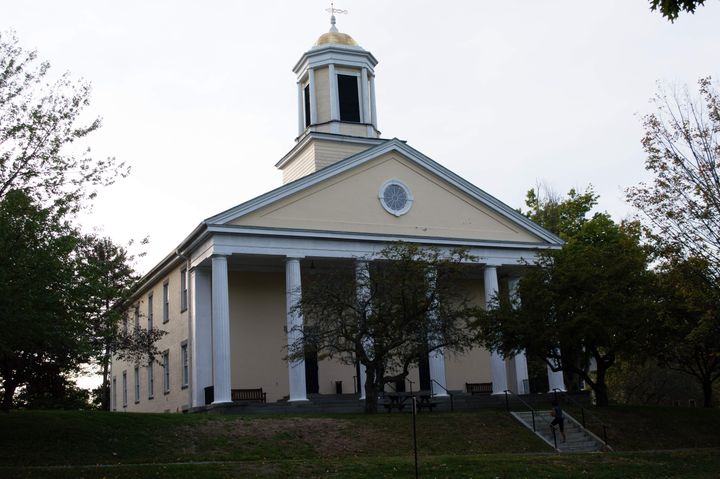 As vaccines become more widely available in the United States, normalcy seems to be in sight. We are all ready to leave behind the horror and psychological toll that the pandemic has inflicted on us and embrace a full return [https://www.amherst.edu/amherst-story/president/statements/node/797790] to in-person teaching and learning in Fall 2021. But as we reflected on the drastic changes in our lives in response to the public health crisis of the past year, the Editorial Board realized that there

By Cole Graber-Mitchell '22 and Thomas Brodey '22

In October 2020, Senate Minority Leader Mitch McConnell made the controversial decision to fill the seat of late Supreme Court Justice Ruth Bader Ginsberg with Justice Amy Coney Barrett. The move gave Republican appointees a six out of nine majority on the nation’s highest court, a balance that could have far-reaching consequences for national law. Since then, some Democrats have advocated for adding more justices to the Supreme Court, known as court-packing. Last month, President Joe Biden form

This week, the Town of Amherst’s Community Safety Working Group has revealed some of the items requested in its proposal for the future of policing in the town, to be decided on in an upcoming May 3 Town Council budget meeting. It proposes [https://www.gazettenet.com/Community-responders-team-sought-in-Amherst-budget-40131259] slashing the $5.15 million Amherst Police Department (APD) budget in order to fund a separate $2.2 million Community Response for Equity, Safety and Service (CRESS) prog

Letter to the Editor: Reframing the Campus Safety Conversation

As tempers flare on campus and the rhetoric heats up, it’s easy to forget how far our community already has come in the debate about campus policing and the many constructive ideas that students and staff have floated. Faculty members have a responsibility now to help these deliberations move forward in a thoughtful, inclusive manner, and I hope we will rise to that challenge. We are indebted to the Black Student Union and their allies within the Association of Amherst Students for demanding th

The AAS Budgetary Committee’s Past Should Not Determine its Future

By Victoria Foley '23 and Jeanyna Garcia '23

A pattern of intimidating, unwelcoming experiences and discriminatory approaches to funding via the Budgetary Committee (BC) has existed from the 1970s to the present. We write to shed light on current practices and the history of the BC with the hopes that this will propel the Association of Amherst Students (AAS) to change its currently hostile atmosphere and unwritten laws. We demand [https://docs.google.com/document/d/16nB9UCdiDcqtCH1s9KPJ0-UW7aKR4sHseEHe8WsfXYU/edit?usp=sharing] that the

By Association of Amherst Students

On Monday, March 29, Chief of Police and Director of Public Safety John Carter attended the public safety town hall [https://www.amherst.edu/campuslife/aas/senate/aasminutes/spring-2021] hosted by the Association of Amherst Students (AAS). This meeting occurred on the first day of Derek Chauvin’s trial for the killing of George Floyd. It has been nearly a year since last summer’s uprisings and nearly as long since the college verbally committed to anti-racism. The goal of anti-racist work and a

Abolishing the Filibuster May Have Unintended Consequences

In the wake of Democrats winning the House, Senate and White House, progressives frustrated with the slow pace of legislative reforms have encouraged [https://www.nytimes.com/2021/03/05/us/filibuster-senate-democrats.html] the Senate to abolish the filibuster. This tactic unique to the U.S. Senate, which has been used more frequently [https://fivethirtyeight.com/features/why-are-so-many-democrats-considering-ending-the-filibuster/] in recent years, allows any senator to indefinitely stall debat