Men’s soccer defeated Wesleyan and drew against Bowdoin on Senior Day, bringing their overall record to 7-1-4 and their conference record to 2-1-4. The team has three NESCAC games remaining on their regular season schedule. 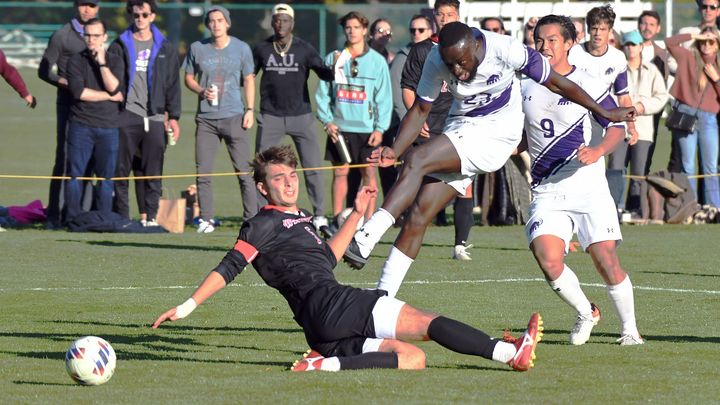 Over the past weekend, the Amherst men’s and women’s track and field teams traveled to Williams College to participate in quad-meet action against Tufts University, Middlebury College and Williams. On the men’s side, the Mammoths won five of the 11 events in which they submitted a competitor. Henry Buren ’22 [https://athletics.amherst.edu/sports/mens-track-and-field/roster/henry-buren/13899] dominated in the 100-meter dash, crossing the finish line in just 10.68 seconds in a race where the

Anchored by stellar pitching performances from Nick Giattino ’24 [https://athletics.amherst.edu/sports/baseball/roster/nick-giattino/13854] and Sachin Nambiar ’22 [https://athletics.amherst.edu/sports/baseball/roster/sachin-nambiar/13847], the Amherst Mammoths swept Tufts University on Saturday, May 8, to win the 2021 NESCAC Baseball Championship. Giattino — the undefeated breakout star poised to be one of the NESCAC’s most dominant pitchers for the next three years — took the hill in the fir 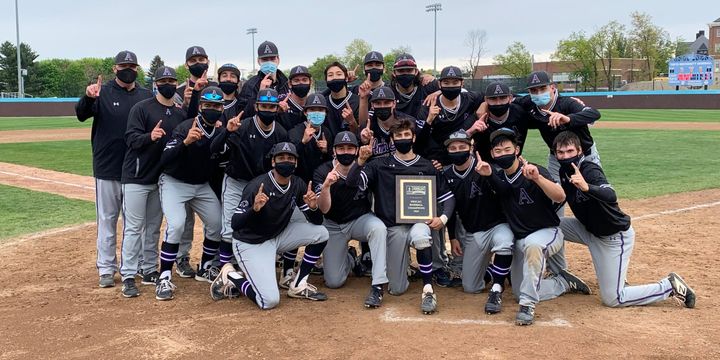 This weekend, the Amherst softball team powered 35 total hits, including five home runs, defeating Middlebury College in all three games to wrap up NESCAC play. GAME ONE: Middlebury 2, Amherst 7 The sides totaled a combined fifteen hits in game one. Amherst opened the scoring in the top of the first, with Rachel Lovejoy ’23 [https://athletics.amherst.edu/sports/softball/roster/rachel-lovejoy/13866] scoring off of an Autumn Lee ’23 [https://athletics.amherst.edu/sports/softball/roster/autumn-

On Saturday, May 1, the Amherst baseball team hosted Middlebury College in a double-header, needing only one win to clinch the NESCAC West Division Championship. Undefeated first-year ace Nick Giattino ’24 [https://athletics.amherst.edu/sports/baseball/roster/nick-giattino/13854] got the nod in game one, tossing four innings of three hit ball and striking out five. Middlebury, however, jumped off to a hot start, knocking a first-inning triple followed by a home run to bring the score to 2-0.

The Amherst women’s tennis team traveled to Middlebury College for their final match of the 2021 season on Saturday, April 24. The opening round of doubles matches saw Amherst take a 2-1 match advantage. The duo of Jackie Bukzin ’22 [https://athletics.amherst.edu/sports/womens-tennis/roster/jackie-bukzin/13874] and Julia Lendel ’24 [https://athletics.amherst.edu/sports/womens-tennis/roster/julia-lendel/13883] emerged victorious in  the number one doubles match with a score of 8-6. Sarah Park

Over the weekend, the Amherst men’s and women’s golf teams both competed in the NESCAC #1 tournament. On Sunday, April 25, the women’s team also faced rival Williams at the Taconic Golf Club. On Saturday, April 24, the women’s team finished third out of five at NESCAC #1, a mere four strokes behind first place Williams and one behind second place Hamilton. Katie Mina Lee ’22 [https://athletics.amherst.edu/sports/womens-golf/roster/katie-mina-lee/13890] and Jenny Hua ’24 tied for fourth place

This weekend, the Amherst softball team had yet another outstanding effort against Hamilton College. On Saturday, April 17, the teams took a game each, but Hamilton ultimately prevailed on Sunday, April 18, leaving the weekend with a 2-1 series victory over Amherst. Even though the Mammoths totaled an incredible 17 runs along with five homers over the course of three games, it was not enough to carry them to a series win. Despite this being their first series loss of the season, the team’s grit

On Saturday, April 10, the Amherst softball team hosted a double-header against Bowdoin College. The Mammoths won both games to keep their winning streak intact and move to 5-0 for the season. Pitcher Talia Bloxham ’22 started game one on the mound, marking the second time in as many weekends that Bloxham pitched a complete game. After Bowdoin hit a solo home run in the top of the first, Amherst responded with four first-inning runs off a pair of doubles by Maddie Procyk ’24 and Jess Butler ’2

The men’s and women’s golf teams opened their 2021 seasons this past weekend at the Hamilton Spring Shootout, a one-day tournament at the Skenandoa Golf Club in Clinton, New York. In addition to Amherst, Hamilton College, Williams College, and Middlebury College also participated in the event. The women’s team finished third overall with a score of 325, 11 strokes behind Williams, the event winner. First-year Jenny Hua ’24 led the way for Amherst in her first collegiate competition, carding an

The Spring Journey for Amherst Track

With athletic competition cancelled last spring in the initial disruption of  Covid-19, Amherst student-athletes have spent the past year in anticipation of a return to play.  The Amherst men’s and women’s track and field teams have been struck particularly hard, as both their fall cross country and winter seasons were canceled this year. However, following the March 9 NESCAC announcement [https://www.amherststudent.com/article/nescac-presidents-reach-agreement-on-spring-seasons] of a potential

On March 9, President Biddy Martin announced that colleges across the NESCAC have agreed to a limited spring sports schedule. Since many spring student-athletes were not expecting to play competitively this semester, this news came as quite a surprise. To gauge general attitudes towards the decision, The Student spoke with a number of student-athletes. While no two athletes echoed identical sentiments, one theme was common: shock. * Anna Madden ’22 (Women’s Track and Field): “I was honestly sh