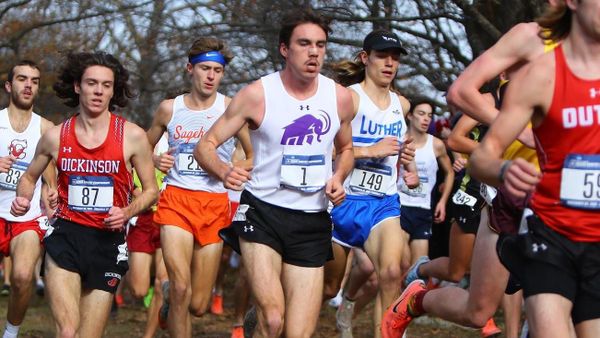 Though the Mammoths did not finish as high as they might have hoped at the NCAA Championships in Louisville, Ky., impressive performances from young runners provide a strong base for future campaigns. 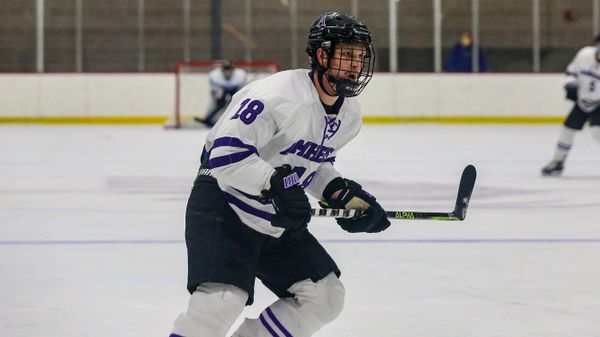 While most Amherst students were celebrating Thanksgiving — and time off from classes — men’s hockey made its return to competition for the first time in almost two years. Although there were successes, Amherst stumbled to a 1-3 record in the four-game stretch. 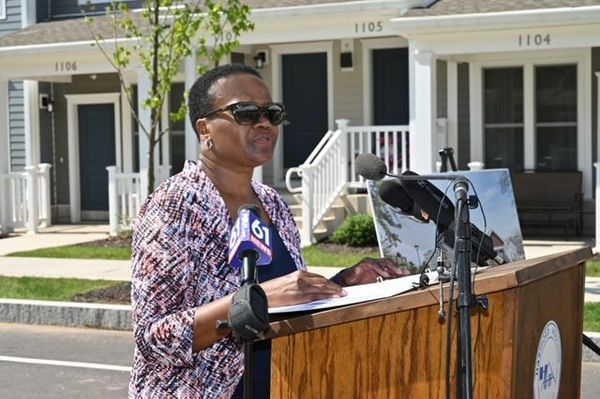 As the executive director of the Housing Authority of the City of Hartford, Connecticut, Annette Sanderson ’82 combines a deliberate problem-solving approach with a genuine desire to be of service to others.

Amherst sports teams continued their seasons this weekend, with most teams competing during fall break. Men's soccer, women's soccer, field hockey and volleyball all went undefeated over the four-day break. 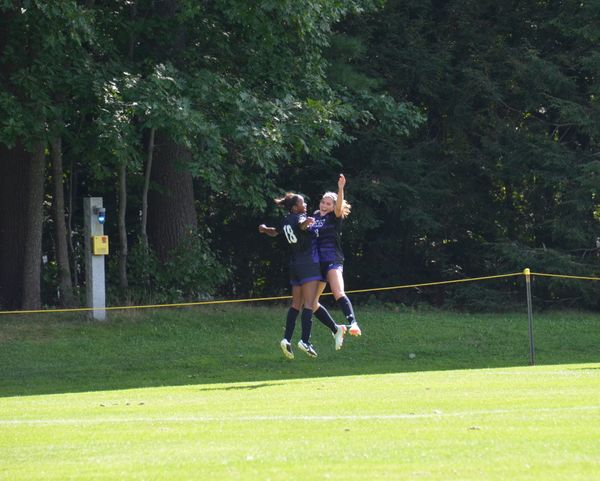 Playing their first games in almost two years, the women's soccer team began its season in dominating fashion last week. In wins over Mount Holyoke, Bowdoin and Smith, the team scored 17 goals while relinquishing none on the way to a 3-0 start.

On Saturday, Sept. 11, the men’s and women’s cross country teams made their 2021 debuts at the UMass Amherst Ken O’Brien Minuteman Invitational. The teams delivered impressive performances against Division I foes. 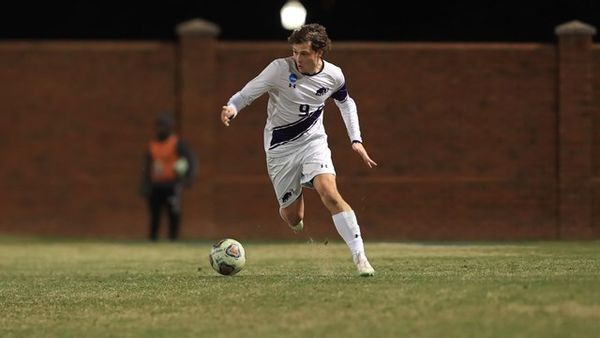 Almost two years removed from a National Championship Game loss, men’s soccer returned to play on Sept. 7 with a 2-1 win at Norwich University. Despite a new-look roster, the team hopes to compete for a NESCAC championship and an NCAA title. 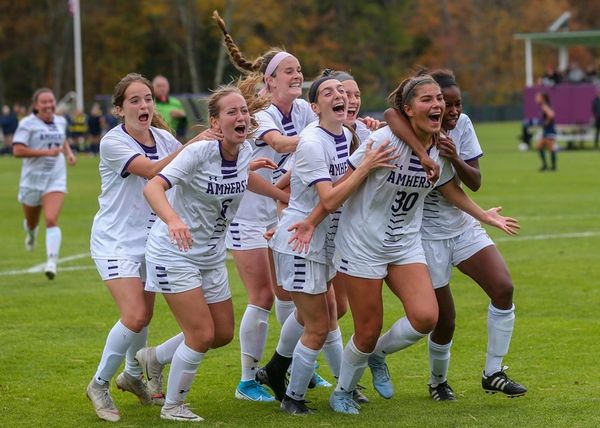 After missing the 2020 season due to Covid, women’s soccer holds lofty expectations in its return to play. Despite a significant shake-up to the roster, the team looks to both defend its 2019 NESCAC championship and compete for a national title. 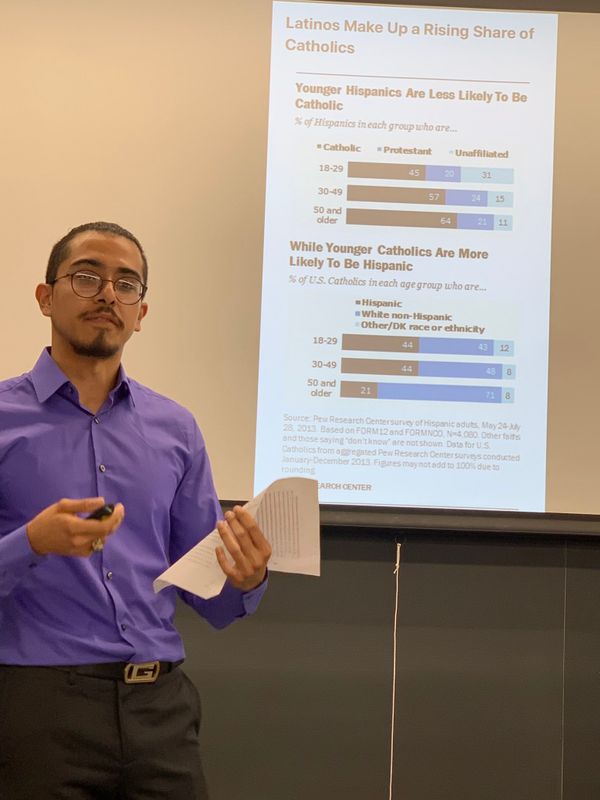 After Amherst, Rodriguez hopes to benefit the next generation of first-generation and low-income scholars. Photo courtesy of Manuel Rodriguez ’21. Manuel Rodriguez ’21 has an incredible capacity to make those around him feel at ease. I know this from experience, having spent a sunny hour on the Valentine Quad chatting

Both the Amherst men’s and women’s golf teams competed in the NESCAC #2 event over the weekend. The women headed to the Ledges Golf Club in South Hadley for the second round of the cumulative NESCAC tournament on Saturday, May 2, while the men followed suit the next

On April 2, Major League Baseball (MLB) announced that its 2021 All-Star Game will no longer take place in Atlanta, Georgia after the state passed a controversial voting law last month. Coors Field in Denver, Colorado was later named as the replacement location for the game, which will still be

The brackets for the 2021 NCAA Division I Men’s and Women’s Basketball Tournaments were finalized by their selection committees on March 14 and March 15, respectively. The single-elimination tournaments — colloquially known as “March Madness,” a testament to the high-energy play and surrounding media frenzy — whittle down the field 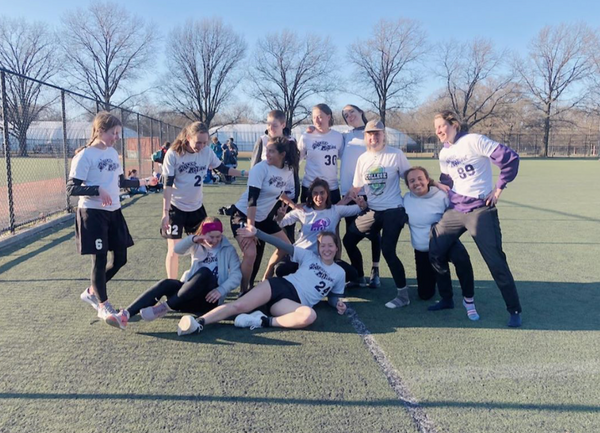 Club sports are a vital part of the college’s athletic community. They provide a wide array of less involved, but still competitive, opportunities for student-athletes at a range of experience and skill levels. When it comes to The Student’s sports section, club teams live in the shadow of

On Sept. 17, Brown University announced a proposed settlement with the women student-athletes who challenged the school’s May decision to re-designate five women’s varsity teams as club sports, which included the women’s fencing, equestrian, golf, squash and skiing teams.  Under the proposed settlement, the university would restore 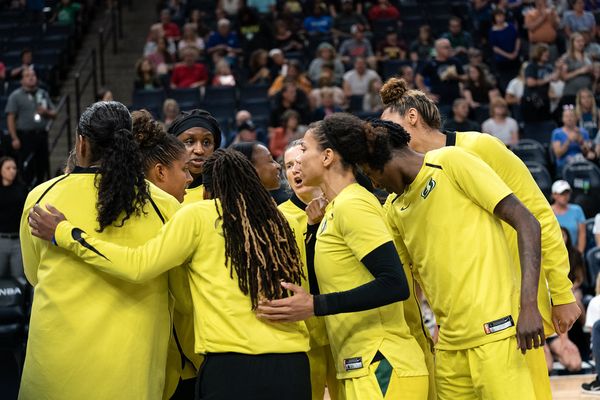 The WNBA Finals kicked off last week, featuring the top-seeded Las Vegas Aces and the two-seed Seattle Storm. The matchup certainly highlights the best the WNBA has to offer, as the Storm and the Aces were the top two teams in both offensive and defensive rating during the regular season.

In just one month, five of the biggest stars in U.S. women’s soccer joined European clubs. The trend started on Aug. 10, when North Carolina Courage midfielder Sam Mewis signed with Manchester City. Only a week later, she was joined by Rose Lavelle of the Washington Spirit, one